The Wolseley is something of a British institution located right in the heart of London.  It is usually packed so reservations are recommended.  However, sometimes you get lucky if you stop in on a whim like we did and get seated right away.

The building was originally constructed in 1921 by Wolseley Motors Limited as their ritzy showroom.  Apparently the cars were not very popular and the company went bankrupt in 1926.  Ah, the rise and fall of fortunes.  The building was then occupied by a bank until 2003 when The Wolseley Restaurant and Cafe opened.

You can see the lofty arched ceilings and the dark paneled walls and furniture.  The decor, along with the hustle and bustle of people coming and going, gives it the feel of an old train station. 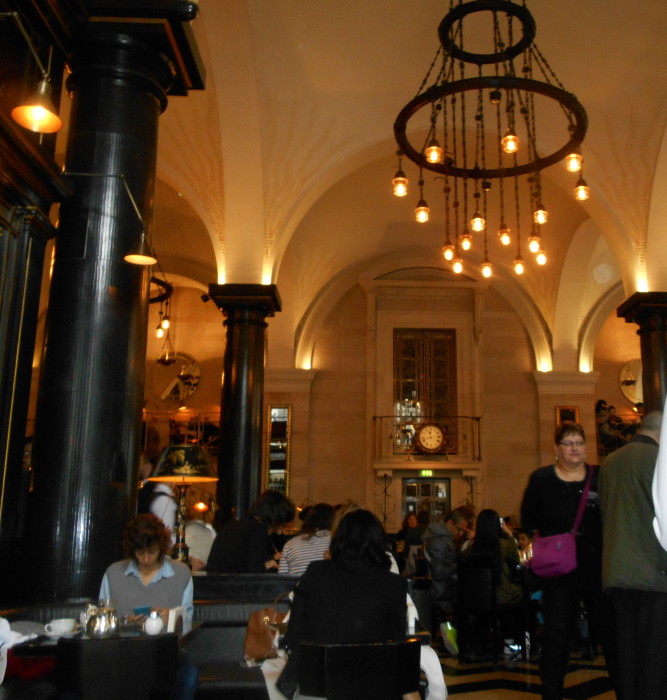 It was a cloudy, rainy day so I ordered some green tea with honey and lemon.  Do you think they brought enough honey?  That is one huge jar of honey!  Their serving dishes like the silver hexagonal column salt and pepper shakers were very attractive, art deco style which also added to the idea of times gone by. 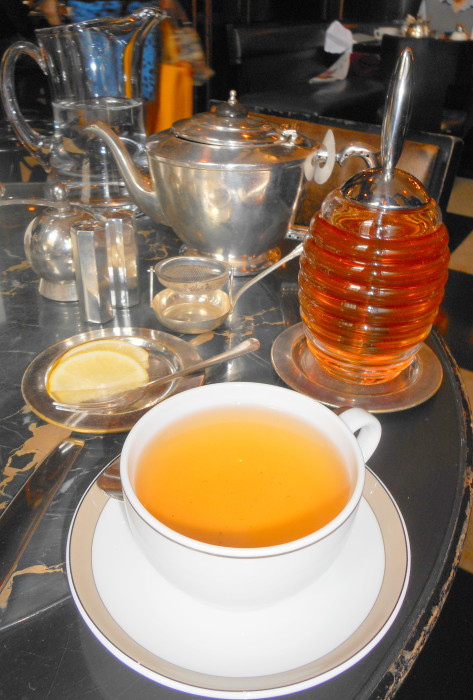 Another interesting utensil was the silver tea strainer.  It’s one piece and the strainer swivels.  I played with that for a while.  You just turn the handle and bowl up out of the way, the strainer stays level so you can pour through it and then just turn it back so the bowl is under the strainer as shown.  Nifty!  They will gladly sell it to you for £75. (About $120.)  Not so nifty.

I was looking for something on the lighter side so my husband and I split the small chopped chicken salad.  I’m glad we did because it was huge!  No skimpy portions here especially for the reasonable London price of £9.75 or roughly $15.70.  It wasn’t chicken salad but salad with chopped chicken and chopped lettuce too.  It was good but a bit heavy on the dressing.  The service was a somewhat lackluster but no real complaints. 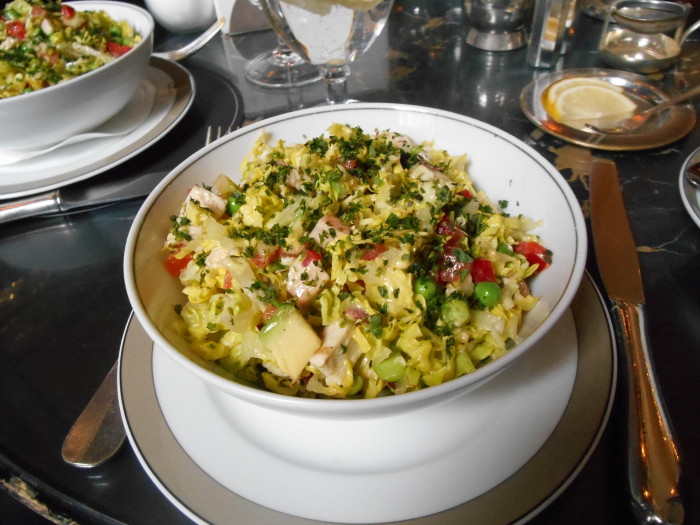 If we ever go back I think I’ll try it for breakfast.  I hear that’s when they’re at their best.

They also serve afternoon tea for £25.50 per person.

← Time Flies in Cambridge
Tea at the Ritz – London →

One Response to Lunch at the Wolseley